Do you think music has changed over the years?  The other day I was relaxing and chatting with my amazing little four-year-old granddaughter, Ari.  In the background the Beatles “Ob-La-Di, Ob-La-Da” was bopping away and Ari was humming and swaying to the music.  It got me thinking, does the music we hear now affect us the way music did when we were younger?  Let’s discuss . . .

My mom was an interesting character.  She was a strong independent and opinionated woman.  She paved a path thought to be unconventional and often exceled at anything she set out to do.  Anyone that spent a few hours with her walked away knowing her love of music.  My siblings and I were raised with a fantastic musical tapestry to highlight not just moments, but life in general.  We grew up on Jim Croce, Elton John, Billy Joel, Iron Butterfly, George Michael, Paul McCartney, The Beatles, Wham, Chicago, Phil Collins, The Carpenters, Don McLean, Anne Murray, and so many others I can’t even begin to name them all.  But these here, these were the classics that forged a musical medley for everyone in our household.

Road trips are etched in my memory not for the excitement and destinations, but for the “mix” tapes mom would make in preparation for the car rides.  I use the term “mix” loosely because the woman didn’t mix anything!  She would record one song, back-to-back, over and over, one after the other for the entire side of a cassette tape.  If we were lucky, she’d change it up and have a different song on the B side.  We weren’t always lucky.  This, my friends, is the sole reason I know every word to “Wake Me Up Before You Go-Go”, “Careless Whispers”, and “Love Song”.

These artists and their tunes are simple.  Simple isn’t bad, don’t get me wrong, but it is so different from what I hear when I turn on the radio or give Alexa a bit of choice in my song selections.  Play a few older songs, then turn on the radio.  Do you notice the difference?  I won’t lyric hate.  I believe that if all the annoyance and distraction is stripped away from several modern songs, the lyrics are stunning and can and do stand on their own.  But when did it become necessary to add all that junk in behind the words?  I’ve learned in my old age that I like simple.  I love the genuine flow of a song that allows the words to do all the work, no bass drop needed.

I will also admit that these older songs aren’t always peppy.  That’s for another discussion!  My kids will openly inform you that I’m boring and my music is like attending a funeral.  That is not true!  But I do like calm tunes to back up my day.  I can get excited and rowdy all on my own, I don’t need music to yell at me and tell me to “jump” or that “thunder” is coming.

Where am I going with this?  I have no idea.  But I will say this, music transports me.  Music has become not only my soul grounder, but my way of communication.  Life gets messy and we forget to stop and take a minute or three for ourselves.  Take time today to sit and listen to a song you haven’t heard in a while.  Before you know it, it’ll be 35 minutes later, and you’ll have taken a journey in your head to places near and far.  Even better, share those songs with your kids!  When my kids are caught humming songs from well before their time, I count it as a parenting win.  Are you winning today?

As much as I love all genres of music, nothing gets me like the oldies.  Phil Collins knew me well; Rod Stewart speaks my language, and in the calm of the night, Paul, Ringo, John, and George sung me many lullaby’s.  Rhianna, Imagine Dragons, and Ed Sheeran just don’t have the same effect on me. 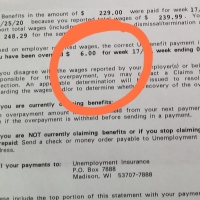 Never underestimate the power of a question

SAVE 90% OF FEES IF YOU ARE A MEMBER WITH MY CLINIC . Email: dr.fawzyclinic2019@yahoo.com

Of Progress and Purpose

All About Knowing & Loving Who You Are 🙌

The Adventures of Online Dating

I will share with you the good, bad, and ugly of online dating

Let's work together to overcome PTSD, panic, anxiety, depression in ourselves and others.

Life On The Patio

lessons learned through the years, living the country life, LIFE is about people

Manna in the Madness
Living with Complex PTSD

What life has been like after a traumatic childhood...and adolescence...and young adulthood...and well, up to now.

Parenthood...the good and the bad

Herding Chickens and Other Adventures in Foster and Adoptive Care

These are the adventures of one family in foster care and adoption.

Only The Best Baby Gear Guide For New Moms